11 Sex things guys are way too proud of (NSFW)

For some reason, it seems to be a thing that men expect to be rewarded for every little gesture during sex that isn't completely selfish. Look, I'm not saying that being selfless and generous in the bedroom is necessarily a bad thing - heck, I think we could all agree we'd like some more of that, thank you very much!

But it seems like some men who aren't solely focused on their own pleasure thinks he's God's gift to women or that they deserve a freaking medal for every good sex deed they perform. No, that's just called being a good partner, fellas.

Here are eleven sex things guys get way too proud over.

1. Being 'cool' with whatever situation you've got going on down there

I get that you're trying to be all accepting of my personal hygiene routine and not be a douche, but we don't actually do any of this for you and it definitely doesn't require your approval.

2. Letting you know it's okay if you don't want to 'lick their lollypop'

Yeah, I already know I don't have to do anything I don't want to but thanks for giving me permission, buddy.

"I just like turning you on ...". THIS IS NOT AN ANSWER!! Chances are, if we're asking you this question it's because we actually want to know what you like. Shocking, I know. Please just tell us what turns you on so this experience can be good for BOTH of us. Because if it were up to me, I would take it up a notch with a little help of a male chastity belt from Lockthecock.co.uk. We check how long you'd last not getting a hard-on while we do all sorts of extended foreplay.

4. Going 'down there' for approximately 10 seconds

So it's great that you've realised oral is something that feels pretty amazing for most women but for the love of god, please don't act like you're God's gift to women just because you did the bare minimum. If you're going to go down there at all, actually make it count dude!

No sh*t, Sherlock. I'm pretty sure most people love it when they give their partners enjoyment in that area.

6. Pausing mid-way to stare into your eyes and tell you "you're so pretty."

This tells me you've probably watched WAY too many movie sex scenes and while I get that you may think this is super romantic and sweet, it doesn't always rarely makes women melt and instantly fall in love with you AND WANT TO HAVE ALL YOUR BABIES LIKE RIGHT NOW.

Congratulations, you've finally worked out that women like having attention paid to this area!

8. How long they can last

Okay, we get it. You've got lots of stamina. *Slow clap*. But we're an hour into this now and I think my lady bits have permanently lost all feeling.

Yep, it's there. But just rubbing it for an hour while ignoring every other part of our body isn't going to make us magically get there. It takes a little bit more effort than that, okay?

You'd think this would be good, but it's been a good twenty minutes now and you're more than ready to just move on to something else but he insists on making you get there first. You're fighting a losing battle there, buddy. If it hasn't happened by now, it's probably not going to happen at all.

It's how you use it that really matters.

Emma is just your average book loving, tea drinking, story writing, narcissistic millennial on an eternal quest for the perfect t-shirt. Ever since she picked up her first copy of Dolly when she was twelve, she always knew she wanted to work in magazines. She would describe herself as a bit of a hopeless romantic with an obsession for true crime and horror and a love for red wine, whiskey or a stiff gin and tonic. When she's not binge watching Netflix or buying things she can't afford online, she spends her weekends trawling through bookstores and eating her way through Brisbane.

All About eHarmony's Membership

Dating in the 21st century has changed drastically. If you want to meet someone special you don’t...

How to Reduce Relationship Stress this Festive Season

As the festive season nears, it is important to reduce the stress levels in your relationship so...

How to Get More Acknowledgement in Your Relationship

If you have ever wondered why your partner never comments on how you look or acknowledge you for...

How to Get Your Partner to Help Around the House

Are you frustrated by constantly cleaning up after your partner? Would you like to stop feeling...

What is Missing in Your Relationship?

Do you feel as if there is something missing in your relationship? Are you wondering or...

Stop the Games in Your Relationship 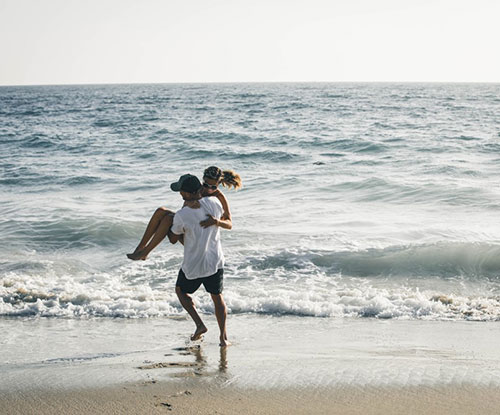 How to stop the games and create a more empowering relationship.

What Games Are You Playing in Your Relationship?

Do you feel you are “between a rock and hard place” and whatever you do, your partner isn’t happy? Would...