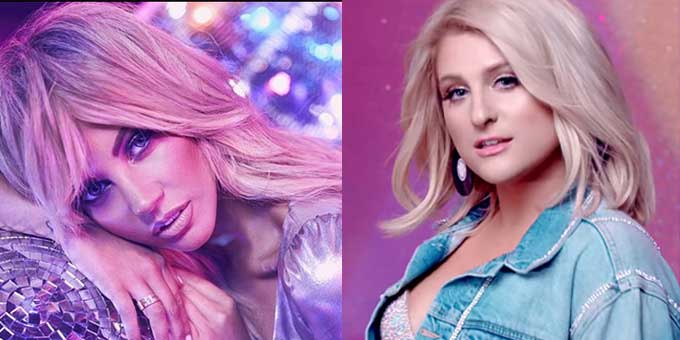 Last week saw the birth of Australia’s newest and most exciting festival, Sydney City Limits. Curated by the founders of Austin City Limits and Auckland City Limits this one day festival boasted a line-up of music icons, exciting newcomers and Australian favourites.

Headlined by Beck, Grace Jones, Justice, Future and Phoenix - there was truly something for everyone. They were also joined by the likes of Vance Joy, Tash Sultana, Oh Wonder, Gangs Of Youth, The Libertines, Sigrid, The Avalanches, Alex Lahey and Tkay Maidza making this one of Australia’s most eclectic and unique festivals.

Located in the middle of Centennial Park the close set up of the stages and wide variety of food stalls created a very boutique feel similar to Falls Festival. The weather was beautiful, the clashes were ridiculous, the sunburn was instant but it was all worth it because every single act brought their A game.

Sigrid proved why she is one of the most talked about newcomers and won the prestigious BBC Music Sound Of 2018 poll with her energetic set. While Vance Joy premiered songs from his brand new album that was only released the day before with a fitting sunset set.

Being the festivals first year I was expecting some minor issues and Grace Jones set sadly highlighted that. The iconic singer took to the stage half an hour late and was only allowed to play for 30 minutes instead of her 1 hour set because they didn't factor in how long it would take to set up her elaborate staging. This problem would've been rectified if they had put her on the rotating main stages instead of the Park stage. So its safe to say the crowds were very disappointed but she made up for it with one of the most visually engaging and stunning sets.

The VIP Bar seemed to be the place to be throughout the afternoon though with Joe Jonas, Dita Von Teese and Vance Joy mingling with festival goers and enjoying some of the headliners. Sydney City Limits may just be the festival we’ve been searching for to fill the void Big Day Out left in 2014. While it may not have sold out I hope they bring it back for 2019 because there really is no other festival like it in Australia that is boasting such a eclectic and unique line up.

SINGLE REVIEW: 5 Seconds Of Summer – Want You Back

Over the past couple of years 5 Seconds Of Summer have secured themselves a massive fanbase with their signature pop-rock sound that saw them touring the world alongside One Direction and quickly becoming one of Australia’s biggest exports. Taking a year off to rest and work on their forthcoming third studio album the four piece are finally ready to share the first glimpse of their new sound.

“Want You Back” hears them departing their try hard punk roots and heading towards a groovier alternative pop-rock arrangement. It’s very different to anything they’ve done before but it works so well. It’s very mature and perfectly reflects the summery sound pop music is currently delivering. The lyrics explore a never ending love with a cute and reflective storyline. It’s less angsty and “try hard” as their previous material and hears them just experimenting and trying to find what their sound really is. The pop-rock roots are still in tact but are just delivered in a different and more interesting way. It’s less predictable and will have your toes tapping instantly. It’s a very pleasant surprise because I was really expecting to hate this song.

Over the years I have had a love-hate relationship with Meghan Trainor. When she first busted out onto the scene I thought her debut album was a little vanilla at best and that she was extremely overrated. Then fast forward to her sophomore album “Thank You” when she started to win me over with the absolute bangers “No” and “Me Too”. While the album wasn't perfect it did show a lot of potential and made me a lot more open minded to the songstress.

Now she is ready to unleash her third studio album with another anthem that will have you clicking your fingers sassily in someone’s face. “No Excuses” is the perfect lead single for this new record as it reflects on the realisation she had that we need to have more respect for each other in this world. Definitely in this time of uncertainty and confusion. So, it brings together that powerful sentiment with a whole lot of attitude and campy fun. It blends her soulful pop meets RNB sound that she introduced on her last record and turns it up a notch. From a first listen you will be hooked and ready to hear this on the radio in the car and on the dance floor at the clubs. Welcome back Ms Trainor.

I feel like I’m the only person who doesn’t understand the Post Malone hype. Like, I get it to a degree but watching the crowd on his recent Australian tour left me a little confused. But one thing for certain is that he knows how to entertain a crowd.

His sophomore record “Beerbongs & Bentleys” is due later this year and he’s just dropped another single which is a little underwhelming. “Psycho” throws together the elements that made his previous singles such smash hits but the heavily auto-tuned song is a little forgettable. It regurgitates the same beats with the same vocal effects making this song a little predictable. The electronic hip-hop song embodies a sound that becomes old very quickly and I wish he would experiment a little more with the rock elements his live show captures. The lyrics are also a little predictable with the standard hip-hop storyline of rags to riches and the success, fame and money he now has. The energy is a little flat and monotonous and whilst it is a good song to have on a shuffle playlist it’s not really the smash hit he was hoping for.

SINGLE REVIEW: Robinson - Nothing To Regret

I love a little pop gem and New Zealand songstress Robinson has served just that. “Nothing To Regret” is a vibrant and emotional pop moment that screams radio hit.

Sonically sitting somewhere in-between Lorde, Tove Lo and Lana Del Rey this track delivers a catchy and punchy chorus with slick indie-pop beats. It explores the ups and downs of life where you are just constantly trying to Iive life to the fullest and get lost in those moments with your friends. “Baby, let’s get fucking crazy and lose track of time. Why we always got to fret about it?. There’s nothing to regret about it”. It’s very honest with her detailing about living on her friend’s couch, dancing by herself, drinking and just constantly waiting for the weekend to roll around. It’s kind of the anthem for people who are a little lost, hurt, living in limbo and need a reminder to realise that it’s okay to feel like this and to embrace it. After a first listen you will be enchanted by her simple vocal delivery along with the vivid imagery and production. You will find yourself clicking replay quite a few times because this song is a TUNE.

For her third studio album Samantha Jade is revisiting the glittery disco era for a collection of disco-pop favourites from the likes of Cher, Donna Summer, Diana Ross and The BeeGees. She’s already intrigued you with the shimmery cover of The Emotions “Best Of My Love” which perfectly captures the sound and direction this album is heading towards. But this album also features two highly anticipated new originals and she’s just dropped the first one in perfect time for Mardi Gras. “Roller Skates” is a campy disco throwback which injects Samantha’s signature pop sound with a club twist. It really envisions what disco would sound like now with the heavy electronic focus that pop currently has. The chorus is big and is led by her easily recognisable vocals with her signature vocal runs. It’s a lot of fun and will completely come to life in her live show. It’s a little more mature than the bubblegum pop her previous singles had and is a step in the right direction musically for her. However, I hope the second original track is more classic disco because I would love to hear her completely own the genre in an epic original throwback.