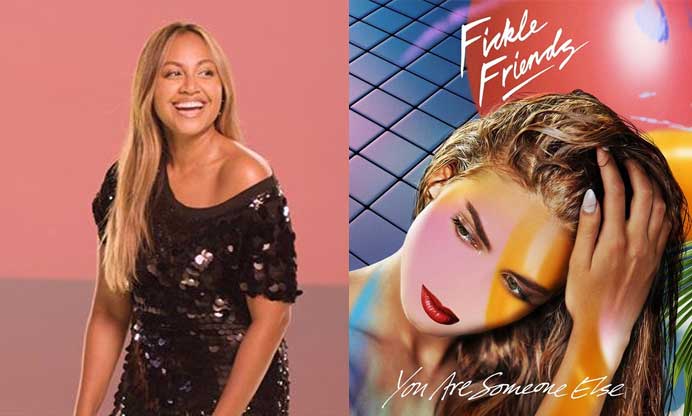 Weekly Music Wrap Up: Kicking it off with Taylor Swift

This week has seen the redemption of Taylor Swift happen and I’m all here for it. There is no denying that her sixth studio album “Reputation” has been a little bit of a flop. Her singles haven’t had the same impact her previous records have had, her stadium tour isn't selling as well as they expected and the whole world is questioning if she took this whole “the old Taylor is dead” thing too far. Well the pop songstress is hitting back by releasing her infectious new single (and the best song on the album) “Delicate” along with an epic new video. The cheeky and fun video pays homage to the old Taylor in the best way possible. She makes fun of herself and performs some awkward choreography while telling the story of fame and wanting to be normal again but realising that her life is very special. It’s just very cute and will have you smiling from ear to ear while also letting out some little laughs. It also helps that the song is an absolute bop and is the closest sounding to her old material. It gives me “Wildest Dreams” vibes and if that doesn't make you excited or emotional then are you really a human?

ALBUM OF THE WEEK: Fickle Friends - You Are Someone Else

I’ve been low-key obsessing over Fickle Friends since August 2016 and I still can’t get enough of their groovy indie-pop. The UK five piece have finally released their debut album “You Are Someone Else” which is a bold collection of euphoric synth-pop lead tracks. The band still hold onto the indie roots and deliver groovy baselines, big choruses and fun dance moments that will thrive in their energetic live show.

With a long drip-feed of singles and EP’s there are 7 songs that you are already acquainted with leaving 10 new songs to obsess over. Album opener “Wake Me Up” is a vibrant and infectious track which perfectly rolls into fellow singles “Glue”, “Hard To Be Myself”, “Say No More” and the breakthrough “Swim” which was recently re-released after it was included in the theatrical release of Pitch Perfect 3. “Bite” is the first taste of the new material and it is a certified banger. This is song is the perfect choice for the next single with its catchy hook and quotable lyrics that will quickly become a favourite for Instagram captions. They then move on to the groovy “Lovesick” and “Heartbroken” which both offer cool melodies that will be stuck in your head instantly. “In My Head” strips it all back to the indie-pop realm with a dreamy ballad interlude. Lead vocalist Nat reflects on long distance and the internal voices she encounters for this intimate track. They bring back the groovy production for singles “Hello Hello” and “Brooklyn” and new tracks “Rotation” and “Paris”. But it’s the vulnerable “Midnight” which stands out instantly with its chorus structure and lyrical delivery. Before the vibey “She” and “Useless” close the album.

The band play to their strengths on this record and deliver big synth-pop tracks that reconfirm why they are becoming one of the most talked about live acts in the UK. I can’t fault the production or the catchy hooks which will have your heart bursting, breaking and repairing all at once. This is a very strong collection of tracks that will see them evolving further as a band, touring extensively and cementing themselves as a must listen to band.

2018 is a very exciting year for many reasons but one of them is that we are seeing another blockbuster film being released about the struggles of coming to terms with sexuality. “Love, Simon” will give a unique and fresh take on a young adolescent and the people around him whilst coming out. Bleachers lead singer Jack Antonoff has put together a reflective, emotional and euphoric soundtrack to accompany the film which is going to touch your heart. The soundtrack is dominated by Bleachers tracks including previously released “Rollercoaster”, and “Wild Heart” as well as original new songs “Alfies Song (Not So Typical Love Song)” which was co-written by Harry Styles and the reflective “Keeping A Secret”.

He also teams up with Danish pop star MO for the bubblegum synth-pop break up track “Never Fall In Love”. The lyrical delivery is very bitter but super catchy and relatable that it brings a good contrast to the self discovery and love tracks. “Love Lies” by Khalid and Normani continues the synth heavy sound before Amy Shark’s “Sink In” and Troye Sivan’s “Strawberries & Cigarettes” offers a more indie-pop delivery. Shark’s song is very impressive and sees her honing a massive and euphoric hook that will have you feeling all the feels. Whilst Troye Sivan’s song is a little forgettable at best and delivers a production introduction similar to Taylor Swift’s “Call It What You Want”. The soundtrack is then lengthened out with staple tracks from the likes of Whitney Houston, The Jackson 5 and The 1975. This is an all round killer soundtrack which delivers a very euphoric and reflective body of emotions. So get ready to sob your way through the movie and sing your way through the soundtrack.

Everyone is losing their mind about the new Charlie Puth single and I’m just a bit unsure as to why. Like, he’s delivered two very strong tracks so far in the lead up to his highly anticipated sophomore record “Voicenotes” so the standards have been set quite high. “Done For Me” hears him teaming up with RNB songstress Kehlani for this emotional duet which hears the storyline of the past 3 singles concluding with both parties apologising and moving forward. It’s a relationship that seems a little one sided and they can’t seem to agree on what to do except that it’s not working. “I lie for you baby, I die for you baby, cry for you baby but tell me what you've done for me”. The synth heavy ballad has its moments of pure strength and with the incorporation of Kehlani’s vocals she offers a smooth texture and NU-soul vibe. However, the pulsating synth in the lead up to the chorus reminds me too much of “Attention” and “How Long” that it’s a little distracting from the emotive storyline. It’s not a bad song but it’s not as good as the hype is claiming it is.

I really do want to love Kylie Minogue’s new album “Golden” when it’s released but so far all I’m getting is 2013 Avicii vibes and I’m just not about that life. Lead single “Dancing” was a dated country meets pop dance crossover that sounded like it belonged on Avicii’s album “True” and I thought we left that sound in the past? Apparently not because she’s released another single which continues this unfortunate sound. However I must say that “Stop Me From Falling” is progressively a lot better and injects the right amount of euphoric production to make it enjoyable. The playful and cute lyrics explore that moment you cross that friendship line and fall in love with someone. It’s relatable and touching. It grows on you with each listen and will have you wanting to dance like you’re at a rodeo during the chorus. I just wish the production was different because I expect more from Kylie than a recycled sound but it’s good, I guess.

So it’s official. Jessica Mauboy will be representing Australia in the 2018 Eurovision Song Contest in Portugal in May. Her Eurovision entry single “We Got Love” is a massive celebration of the freedom of love we have in Australia and perfectly represents who we have become as a country. It’s a little gimmicky but aren't all Eurovision songs meant to be? “I know, I know what you must be thinking. That we are powerless to change things. But don't, don't give up cause we got love, 'cause we got love”. It’s the right amount of cheesy with the right amount of empowerment injected. The chilled tropical dance allows her vocals to take lead and impress with her unique vocals riffs. There is a little production drum breakdown before the final chorus which adds a different texture to the song however it’s too short. It should've been at least another 10 seconds but you win some and you lose some. Overall it’s a very catchy and cute pop track that I personally think will do very well at this year’s Eurovision.