What we think of Paris Hilton's & Delta's new tracks 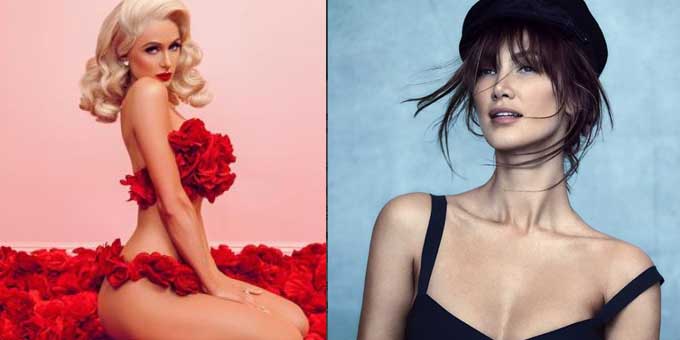 The Australian tour market is becoming pretty saturated and to be honest that’s a great thing. For so long we were missing out on shows and artists because of “logistical reasons” but now everyone has decided it’s time to tour here. Shania Twain and Celine Dion are both touring Australia for the first time in a VERY long time and have respectively sold out the majority of their shows with second shows added across the country. But it’s interesting to see the likes of Taylor Swift and Katy Perry struggle to sell tickets to their shows whilst The Killers, Ed Sheeran, Sam Smith and Bruno Mars are sold out Australia wide and impossible to find tickets for. And I’m still waiting to see “Sold Out” banners on Lana Del Rey and Kesha’s tours and I’m starting to question if Australia is becoming a little sexist?

We just don’t seem to support female artists the way we used to when the likes of Christina Aguilera, Gwen Stefani, Rihanna, Beyonce and Lady Gaga were selling out arenas across the country. Is it because of the music? Or are we becoming less interested? But we are starting to embrace our local music scene more with a lot more sold out shows for our homegrown favourites like Tash Sultana, Ball Park Music, Gangs Of Youth and Vera Blue which excites me so much. Our music scene has never been so active and it’s only starting to get more and more crazy. So get to a show and have a boogie or a cry (all depends on the music you wanna support).

SINGLE OF THE WEEK: Delta Goodrem - Think About You

2018 is shaping up to be a big year for Delta Goodrem with another season of The Voice Australia about to kick off whilst the songstress is also working on her sixth studio album which is expected to be released later this year. And what is even more exciting is that she has just dropped her brand new single which channels a raunchier and sexier side of the diva that we haven't heard before.

“Think About You” is an anthem in it’s own right about falling in love with someone and not being able to stop imagining the person naked when looking at them. “I’m just gonna say it and I don’t know how you’ll take it. I think about you naked when I’m looking at you”. The upbeat pop banger is very different to any of her previous material and that is an amazing thing.

The evolution of Delta has been very interesting but she’s always played it a little safe with her singles but for this track she abandons all those preconceived expectations and just smashes it out of the park. It’s a lot to take in and adjust to on a first listen but by the second listen you will be singing and bopping along instantly. The production is slightly reminiscent to Neiked’s “Sexual” and Samantha Jades “Always” with the summery layers but her vocal delivery shifts the attention away. This is a very exciting song for Delta and I can’t wait to keep dancing along to this one for the next couple of months.

Brisbane indie pop-rock favourites Ball Park Music are back with their fifth studio album and from the moment you listen to the first track it’s clear that they aren't messing around. “Good Mood” is one of the bands strongest and most cohesive releases yet and hears them honing their signature sound with the addition of an experimental layer. Album opener “The End Times” introduces the album with the quote “Experience great music, yes” by using different samples and I couldn't think of a more appropriate opening. The song builds its foundations with an acoustic guitar and incorporating drums, synths, keys and guitars and will have you singing along instantly. It has a very euphoric feel to the production which is similar to lead single “Exactly How You Are” and the epiphany track “The Perfect Life Does Not Exist” which actually has a more serious undertone.

If you’ve followed Ball Park Music closely for the past 9 years then you would be well acquainted with their strange and quirky lyrical ideas. “I Am A Dog” is one of their strongest and whilst I may not completely understand the comparison I can’t help but love this track with its crunching guitars, Sam Cromack’s contrasting vocals and the catchy hook. But it’s the angsty “Hands Off My Body” that steals the weirdest and coolest track award. The song hears Sam singing about chopping off different parts of his body and I’m obsessed. “I didn’t like my tongue, I never did. It said nothing but anxious shit”. It hears them experimenting with a slight punk production while on “Frank” they use vocal distortion to offer a different layer. “So Nice” has a psychedelic filter over the production that brings this basic song to life. It’s very different to anything else on the record but that’s why it works so well.

“Dreaming Of America” and “If It Kills You” are catchy indie-pop songs that will have you singing along instantly. But it’s the romantic album closer “I Am So In Love With You” which will steal your heart, have you feeling all euphoric and have you pressing replay on the album again. You may argue that 10 tracks is too short but really it’s actually the perfect length because all the songs are impactful, catchy and will leave you wanting more instead of becoming predictable and skip worthy. And I must say, every single song is a TUNE.

Los Angeles producer Hoodboi has teamed up with one of Australia’s hottest hip-hop meets pop acts, Tkay Maidza. “Glide” is the first taste of Tkay’s fresh new sound that she’s working on for her forthcoming project. It hears her returning to her hip-hop roots with a slick synth electronic production and less mainstream pop focus. But it doesn’t ditch the cool electronic vibes her debut album introduced altogether. Instead it feels a lot more organic and honest to who she is as an artist. There’s a slight SZA vibe which has definitely influenced this change in direction and I am LIVING for it. The production is so crisp and it sounds like the first day of Autumn after you’ve said goodbye to Summer but are still hopeful for better days. It has that radiant energy that bursts through the production and vocals. The chorus will instantly be stuck in your head but then the third verse changes the game completely. The little production breakdown and shift will truly come alive in her live show. There are so many vibes on this track and I can’t stop grooving.

I really do love Paris Hilton. I still believe that “Stars Are Blind” is one of the most underrated anthems of the mid 2000’s and deserves a Grammy or some sort of recognition. But recently Paris has been going towards a new EDM direction which hasn’t been received well. So to celebrate Valentine's Day she has decided to do the complete opposite and release a doo-woop inspired track as a dedication to her fiancé. Sounds sweet right? The only issue is that a demo of this song has been circulating the internet since 2008 which was recorded for her ill-fated sophomore album which was never released. So she’s glossed it up with new vocals and new production and tried to sell it as a brand new track… interesting.

This could be forgivable if it was good but it’s not. Its tacky, cheesy and forgettable. A bit like Valentines Day itself (can you tell I’m single?). But the main issue that sees this song flopping is her vocals. To pull this sensual and romantic doo-woop sound off you need strong and captivating vocals and her vocals are just not. No shade there, just pure truth. Her vocal style is suited more for flirtatious bubble-gum pop or a simple pop ballad. When trying to pull off this doo-woop sound her vocals sound slightly off and don’t reach that level that they need to. Otherwise I guess this song is cute, to a degree.

SINGLE REVIEW: Lauv - Getting Over You

There is just something about Lauv’s vocals that is so soothing. The independent singer-songwriter had incredible breakthrough success with his monster hit “I Like Me Better” which has seen him perform on massive late night talk shows, receive heavy rotation radio play and open for Ed Sheeran in Asia. He’s just kicked off his massive “I Met You When I Was 18 World Tour” which will see him come to Australia for the first time in March. And with the tour quickly looming he’s just released an emotional new track which will break your heart in two and put it back together again. “Getting Over You” is the perfect post-Valentine’s Day track as it explores still having feelings for someone after breaking up with them and questioning if you will ever truly get over them.

“I tried spending my nights under someone new. But the truth is I could spend my whole life getting over you”. It’s a very romantic and cute track that is super relatable and will have you wishing he was singing about you. The production structure is quite similar to his previous track “Easy Love” with the ballad roots but slick synths layered on top with his smooth vocals. It’s catchy, emotional and honestly just a great track.

Alison Wonderland’s debut album “Run” was one of my favourite records of 2015. It impressed with its honest lyrics that took her fierce and engaging production to a whole new level. 3 years on and she’s finally ready to deliver her follow up sophomore album “Awake” and do it all over again. Lead single “Happy Place” is a monster of a song with crazy EDM production that will have you screaming along to “fuck me up on a spiritual level” after the first listen.

The new single “Church” is less extravagant in the production and focuses more on the emotional storyline. She reflects on the toxic people she had around her and realising what her self worth was and that it was important to finally get out of that situation. “Never say I’m perfect for me. Never celebrate your hands on me. You better treat me like church”. It’s a very important storyline that I feel just didn’t get its deserving moment. However the beat drop is very catchy and it saves this song as you will want to hear it again. I’m sure it will grow on me but “Happy Place” is quite the bop isn’t it.