Win a double pass to the new film 'Green Book' 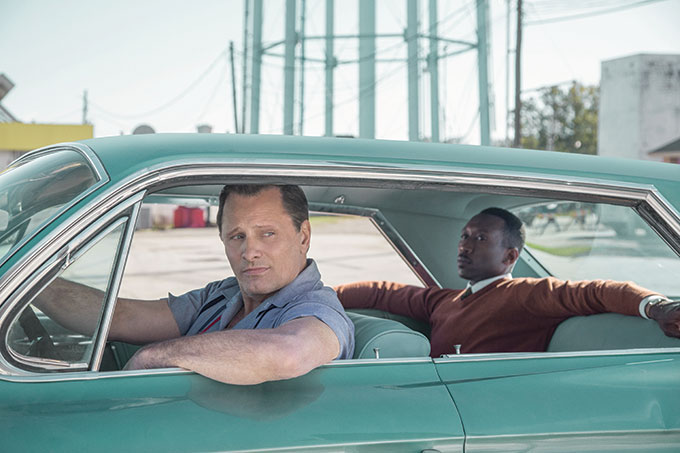 We have 10 double passes to giveaway!

Award winning actors Viggo Mortensen and Mahershala Ali star in Green Book, a film inspired by a true friendship. In need of a driver for his 1962 concert tour, world-class black pianist Dr. Don Shirley (Ali) recruits Tony Lip (Mortensen), a tough-talking Italian-American from the Bronx. As this mismatched pair set out on their journey, they must rely on the “Green Book” to guide them to safe establishments in America’s segregated south – but they’ll need more than a book to understand each other. Winner of the Audience Award at Toronto International Film Festival, Mortenson and Ali make a winning double act in this humorous and heartwarming film.

"Primed to be a hit" The Guardian

"A pleasure to watch" The Wrap

Terms associated with this competition:
The prize: Win a double pass to the new film 'VICE'. There will be 10 winners. The winner can only win once. The Fashion Weekly Win a double pass to the new film 'VICE' is valued at normal ticket sales. The winning entrants must claim their prize within 48 hours of receiving the confirmation winning email. All entries must be received by 11:59pm on Monday, January 14 2019. The winner will be notified by Tuesday, January 15, 2019. Entrants must be aged 18 and over and be a resident in Australia. The prize is non-transferable or refundable and there is no cash alternative. The winner will be contacted using the details provided to enter the competition. If either a prize is declined, or the winner cannot be contacted within a reasonable time, a supplementary winner may be selected at our discretion. By entering this competition you are agreeing to Fashion Weekly's terms and conditions.