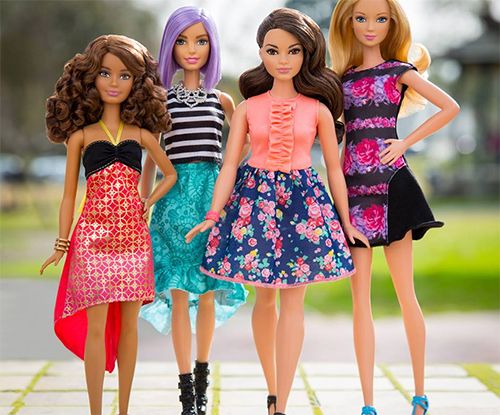 Growing up, we all had to adhere to social standards and the perceptions of others. Always wanting something you didn't have, wishing you looked a certain way...

I remember the day I received my first Barbie doll, handed down to me by my cousin. It was a dream come true, well for a 5 year old me at least.

The Barbie I remember had never ending long legs, a petite cinched in waist, long luscious blonde locks and blue eyes. Not to mention that she wore very little.

Barbie set the norm when it came to looks and body shapes, what girl didn't at some point in her childhood wish to be as 'beautiful' as her new best friend, Barbie?

Are you nodding your head with me on this one? What an unrealistic standards we grew up with by aspiring to look like Barbie.

Not to mention the controversial stir caused by Mattel, Barbie's brand, last year when they cast a male in a Moschino Barbie campaign.

Without placing a complete sour note on things, Mattel has certainly found a positive way to kick off 2016! The company have announced the release of a whole new Barbie range featuring varying body shapes, skin tones, eye colours and hairstyles. Karyn McAllister, a Barbie Biographer and co-founder of Nestingdolls.co stated that Barbie dolls hold an incredible power: representation. This can be hard for many of us to acknowledge, but being represented through toys and mass media, it can be life-changing.

Ultimately giving not only Barbie herself one hell of a makeover, but the brand too!

Evelyn Mazzocco Global General Manager for Mattel stated, “We are excited to literally be changing the face of the brand - these new dolls represent a line that is more reflective of the world girls see around them”.

While the release of the new Barbie's will cause a stir in society, it's definitely a healthier promotion of body image for our youth!

"> ">The Evolution of Barbie

Someone once said, “Your hair is your best accessory” and I couldn’t agree more. Recently, Showpony Hair Extensions gave me a personal trial of their Clip-In Hair Extensions and it changed my life. 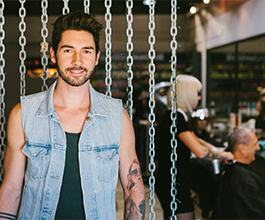 Horse Meat Disco is known as a dream space, creative playground and most of all a salon for hair. Opening its doors almost three years ago in May 2012, owner and hair stylist Mikey Forster has a focus on customer service and education. Best summed up by saying, "The Disco is not the place to go to be seen, it is the place you to go to be."

Why live on this planet when you could live on another? Sophia Webster's Autumn Winter 2015 collection was too much fun! Paying tribute to the future with a hint of The Jetsons - she created an alternate universe, a kind of Piccadilly Circus circus.